Home Movies News/Gist Another Nollywood actor escaped death after involving in an accident.

Another Nollywood actor escaped death after involving in an accident. 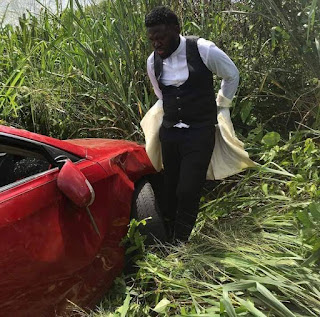 Young Nollywood actor, Emeka Maicon recently escaped death after his car was involved in an accident after attending a friend's wedding ceremony. 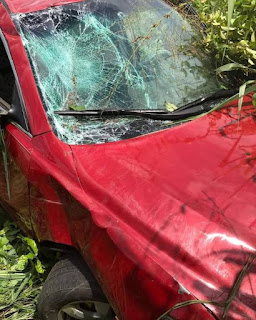 He took to his Facebook wall to share photos from the accident scene while he thanked God almighty for saving him. The upcoming actor was in the company of his friend when the accident occurred, and lucky for them, they came out alive.

In his words: "It’s a thanksgiving Sunday for me. I have a VERY BIG GOD who is always by my side on the 5th of June 2020 (Friday) i went for a friend’s wedding at ugahlli delta state. Despite my busy schedules i tried to meet up with the ceremony and back to work." He was particularly happy that such an accident which usually claimed lives happened to him, but he came out alive, in spite that his car somersaulted thrice.
Continuing, he said: "Coming back from the event going to Asaba Delta state, i had a tribble accident which has in record taken so many lives but I THANKGOD for my life and that of my brothers that accompany me to the wedding ceremony @damian.dsquare @denis.dsquare !!

My car Somersaulted 3 good times and we all came out alive. Join me and worship God almighty for his grace and favour upon my life @ Utagba Ogbe, Kwale." 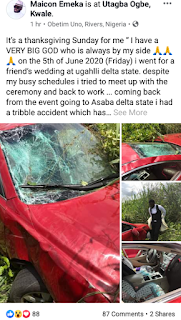 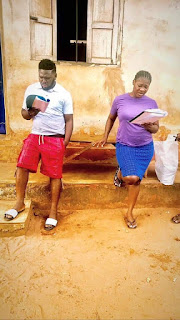 Emeka Maicon, is often referred to as the junior version of Nollywood actor, Jerry Williams, because of their look alike, especially facially.