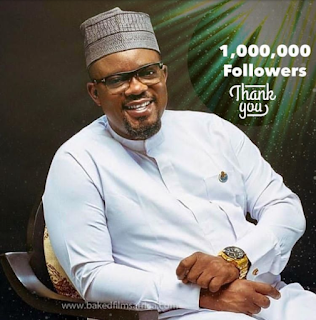 Veteran Nollywood actor, director and comedian, Charles Inojie has joined the league of celebrities with up to one million followers on Instagram, and he is celebrating it.


He is equally thanking everyone who made it possible. The comic actor took to same Instagram to announce his new social media achievement.

"I'm profoundly appreciative of the immense support and encouragement of each of my individual follower that got us this milestone. One million Instagram followers. Without you, there will be no me. I love you all. Thank you," the happy actor wrote. 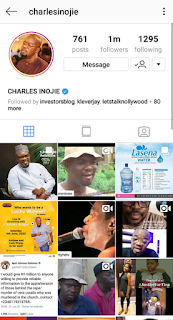 Charles Inojie joined the Nigerian movie industry in 1999 after relocating to Lagos State, where he met veteran Nollywood director, Lancelot Imasen Odua. He worked with Lancelot's production as an assistant director. Since then, he has grown to become a big name in the movie and entertainment industry.

Some of his films include The Royal Hibiscus Hotel, Dinner, Broken Soul, Corporate Maid, The Desperate Housewife, Oga Madam, Police Recruit, and many others. He has won some awards in the course of his acting career.