Kanayo O Kanayo and money rituals: Here is what you really need to know. 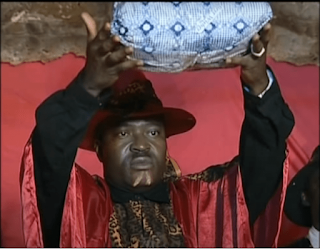 Veteran Nollywood actor, Kanayo O. Kanayo has come under intense public scrutiny and criticism in recent times, for his money ritualist roles in Nollywood films. And as such, many believe the Imo State born actor and politician is actually a ritualist in reality.


Following the constant association of the 58 year old actor with money rituals, he was really angered as he took to social media yesterday to attack those who label him a 'ritualist'.
Well, for those who are amongst the group calling him a ritualist because of his roles in occult movies is pathetically ignorant of what entertainment is all about.

Just like when most people thought that veteran actress Patience Ozokwor and Franca Brown are truly wicked, because of their roles in most movies. It really made me laugh, for People's ignorance.

Nigerians allow emotions dictate a lot of things for them. Most don't make good use of their brains. Because I can't understand why anyone will say an actor is this or that, because of their roles in movies. 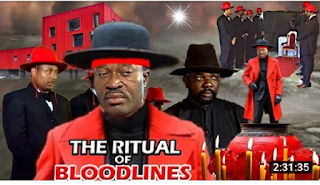 Besides, should Kanayo O Kanayo have affiliation with such a lifestyle in reality, how on Earth will he be in the forefront of those exposing their activities, and other aspects of their operation?

How you guys judge the actor is likened to throwing away the baby and the bath water. Yes, because what the actor is doing is to entertain you and me, putting happy smiles on our faces, while also killing blood pressure in our lives. But now, it seems he has made a lifetime mistake of keeping you and me happy.

Sadly, it is same you and me that criticize him if he doesn't interpret his movie roles well enough, but now that he has passed that test, it has become an indictment against him. Please, stop judging him as a ritualist, he is only an entertainer who knows his trade well enough.