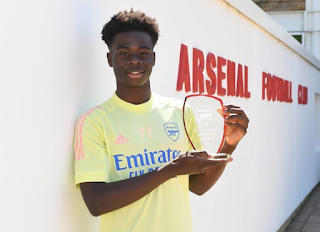 Hard work truly pays, and that's the inspiring story of this Nigerian born football star who just received his award as player of the month. His name is Bukayo Saka, and plays for Arsenal FC.


The 18 year old talented footballer has been in a blistering form since he broke into the Arsenal senior team. Saka who plays either as a winger, left back or wing back for the North London side was named Arsenal's player for the month of February. 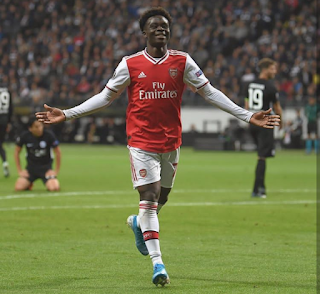 But unfortunately for him, the outbreak of the COVID-19 pandemic prevented him from receiving the award. This was because the EPL was halted abruptly as part of the global effort in containing the virus. 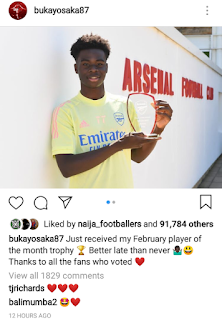 Saka who is expected to represent Nigeria at the National level has represented England at Under 16, under 17, under 18 and under 19.
Congratulations to Bukayo Saka.