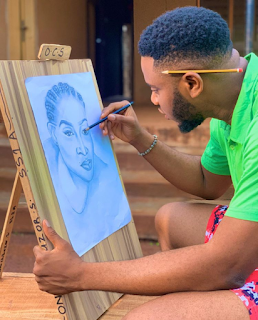 The name Adinma Somadina is not new to most Nigerians, especially fans of Nollywood.


He became one of the hottest social media discussions during when he was allegedly dating his female colleague, Regina Daniels.  The pretty actress allegedly left him to Marry Billionaire businessman, philanthropist and politician, Prince Ned Nwoko. 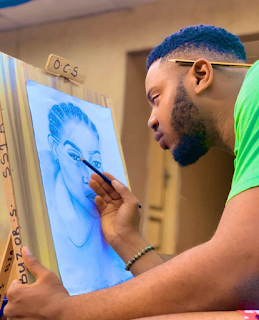 Well, Somadina has since picked up from that past to face his acting career. The talented and handsome actor is currently on the set of a new movie titled "Beloved Sisters" were he is playing the character of an artist called Chinedu.

He took to his Instagram page to share photos from the upcoming movie with the caption: "being Chinedu on the set of Beloved Sisters". 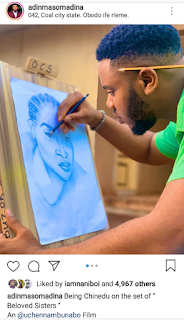 Meanwhile, his alleged ex girlfriend, Regina Daniels is expecting her first child with Prince Ned Nwoko. She recently held her baby shower which was attended by Ned Nwoko's first wife and her lovely looking Children.