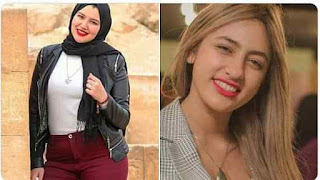 Two Egyptian women named Haneen Hossam, 20 and Mawada Eladhm, 22, along three others have been sentenced to two years imprisonment by the country’s court of law for posting what is described as ‘indecent’ dance videos on TikTok.

The other three were accused of helping Haneem and Mawada to run their social media accounts which promotes indecent videos.

They were also women fined 300,000 Egyptian pounds (A$26,000) each for violating the values and principles of the Egyptian family, inciting debauchery and promoting human trafficking, the prosecutor’s statement reads.

While the duo became popular through their video on the popular social media platform called TikTok, with their video gaining millions of views, sadly, it turned out against them as it has landed them in jail. Their videos include footage of themselves wearing makeup, posing in cars, dancing in kitchens and making funny skits.

Well, all hope is not lost completely for them as their legal team have vowed to appeal the ruling.