American celebrity lovers, Brian Austin & Tina Louis have broken up less than a month after they began dating. 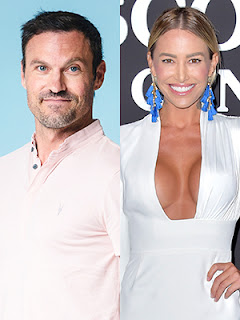 American actor/rapper, Brian Austin Green and American actress/model Tina Louise have ended their relationship just less than a month after they began dating.

According to Hollywoodlife, the actor, 47, and the Australian model, 38, split sometime this week, and reports have it that Tina is the one who called the shot. Why? Sources say she was receiving a lot of hate from critics on social media, who are in favor of Brian’s relationship with his ex, Megan Fox.

He confirmed their separation in May, 2020 after 10 years of marriage.

Tina was reportedly affected by the online bullying and disheartened, which the outlet claims played a part in the breakup. Not to mention, Tina quickly discovered that Brian does not want anything serious, following his split from Megan, same source noted that that’s something Tina is looking for. Brian also introduced Tina to his closest friends during a gathering at his California home, according to the outlet. But, things just didn’t run the course.

Nonetheless, there’s no bad blood between the actor and model. Tina still has high praise for Brian, TMZ says, adding that she thinks he’s a great guy, who’s just going through a hard time, hence, his recent split with Megan. Tina reportedly thinks Brian needs to focus on himself. In the meantime, although they’re reportedly still friendly, Tina and Brian are taking a big step back, writes Hollywoodlife.