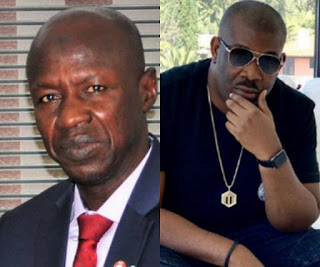 Several Nigerians have been reacting to the corruption allegations leveled against former EFCC boss, Ibrahim Magu.


According to Vanguard, the former EFCC boss is being probed for owning about 380 houses, Billions of Naira worth of assets, 7 ships of crude oil, amongst other issues.

Some Nigerian celebrities have joined in reacting to the corruption allegations against Magu. Some of them include Don Jazzy, Tunde Ednut, Samklef. 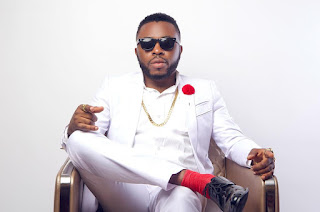 “Damn! These people don't even care about us. I swear. They just loot for their own personal benefit, forgetting that a lot are dying every day due to poverty,” Intagram blogger, Tunde Ednut reacted. 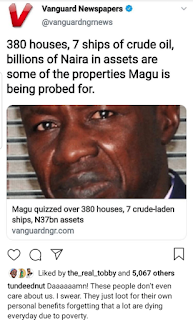 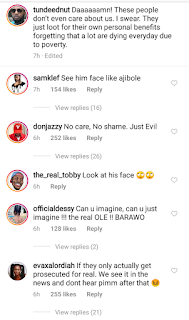 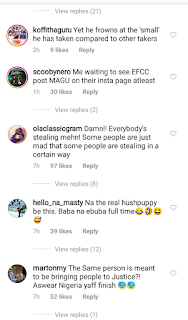