Home music News/Gist Even after spending 500M for its logo, we are yet to see the Nigeria Air 2 years after- Music Producer, Samklef writes.

Even after spending 500M for its logo, we are yet to see the Nigeria Air 2 years after- Music Producer, Samklef writes. 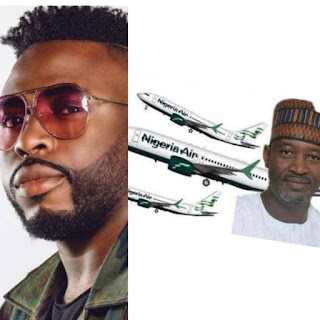 Veteran Nigerian music producer, song writer and singer, Samklef is demanding an answer from the government to what is still holding the launch of the Nigeria airline, whose project was inaugurated on the 18th day of July, 2018.


Samklef further talked about the alleged 500 Million Naira used in designing the logo of the National carrier, 'so all are now gone,' he wondered.

“Today make it 2 years of our audio airline anniversary...where is our Nigeria airline? 500milli used for the logo,” he captioned the post. 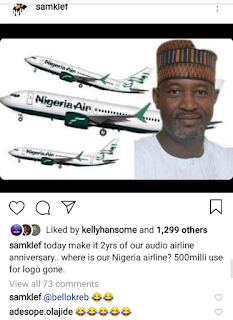 Recall that the FG had on the 18 July, 2018 held the unveiling ceremony for the kick-off of the National carrier project, during the Farnborough Air Show in London. According to Senator Hadi Sirika who was then the Minister of State for Aviation revealed that the Air Nigeria should be ready for operation by the end of 2018, in line with the 2015 campaign promises of President Mohammadu Buhari. See reactions below… 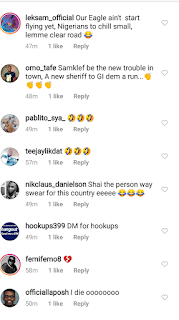 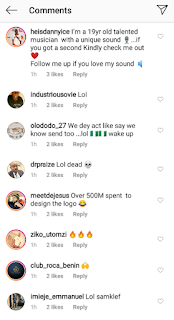 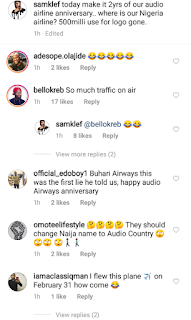