Home News/Gist Every Street in Nigeria is named after a Thief, Coward, Murderer- Sowore tackles FG.

Every Street in Nigeria is named after a Thief, Coward, Murderer- Sowore tackles FG. 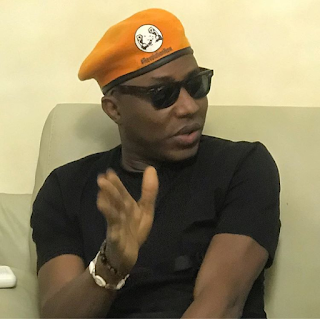 Embattled publisher of Sahara Reporters, politician and activist, Omoyele Sowore has once hit at the Federal Government once again.

Sowore accused the FG, both the present and past governments of naming every street in Nigeria, and other important National monuments and structures after people with questionable characters and terrible track records- thieves, murderers, cowards, etc.

This comes at a time the incumbent Government is naming rail stations after past Nigerian leaders.

In his words: “Everywhere you turn in #Nigeria, a street had been named after a thief, a boulevard for a coward, an army barrack bequeathed to a murderer, an airport for a Génocidaire, a magnificent building for a judge who perverted justice...When are we toppling these statutes? #revolutionnow”. 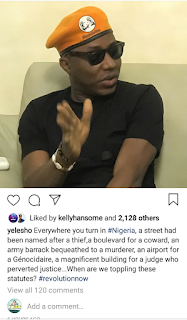