Home music News/Gist I want to see Magu in handcuffs and his mugshot too- Music Producer, Samklef writes.

I want to see Magu in handcuffs and his mugshot too- Music Producer, Samklef writes. 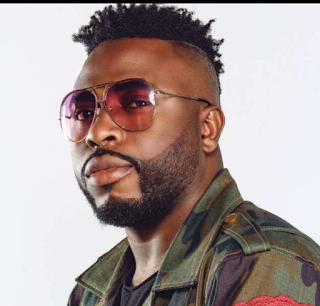 Veteran music producer, Samklef  took to his social media page to react to the news of Ibrahim Magu's suspension, making it clear that he shouldn't just be suspended, but that he want to see him in handcuffs and facing prosecution.


“We don't just want to hear that Magu was suspended, we want to see his mugshot and handcuffs on his hands. We want equal justice. Ordinary Nigerians will steal garri you will kill him. When politicians steal billions you will only suspend him. You all are mad. Equal justice for all,” he wrote. 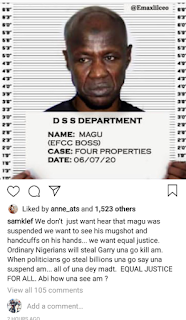 The former EFCC Boss is currently battling to save his image as series of damaging corruption allegations have come up against him. He has equally been accused by the Attorney General of the Federation, Abubakar Malami of diverting recovered looted funds, running into Billions of Naira, among other allegations.