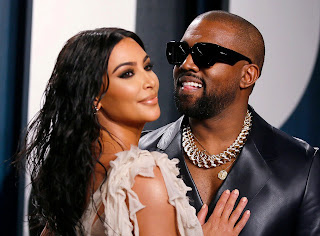 Rap mogul, Kanye West recently went on a twitter rant during his first Presidential rally in South Carolina. During which he attacked his wife, Kim kardashian and his mother in-law, Kris Jenner.

Well, Kanye has finally tendered a public apology to his wife, Kim. He was particularly apologetic to Kim for going public with their private matter, especially for letting the world know that Kim had insisted they abort the pregnancy of one of their kids.

During the twitter rant, he disclose that he had been planning to divorce her ever since she met with Meek Mill at a Hotel for Prison reform, also called his mother in-law, Kris Jenner as ‘Kris Jong-Un’, saying she was planning with her daughter to get a daughter to send him into incarceration.

Well, last night July 25, 2020, Kanye took to his twitter page to apologize for his behavior-he wrote: “I would like to apologize to my wife Kim for going public with something that was a private matter. I did not cover her like she has covered me.To Kim I want to say I know I hurt you. Please forgive me. Thank you for always being there for me.”