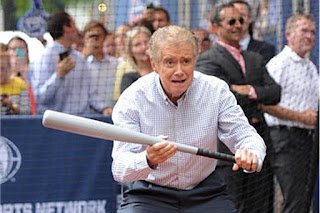 Iconic American TV host, actor, singer and a great entertainer/media personality, Regis Philbin has died in his New York home- he was aged 88.

Regis who was once dubbed "the hardest working man in showbiz" left the world this weekend, precisely on Saturday morning after suffering from a heart attack. The actor has been battling heart disease for some time now- in fact, he had an angioplasty in the 90s, while he also had triple bypass surgery in 2007.

“His family and friends are forever grateful for the time we got to spend with him – for his warmth, his legendary sense of humor, and his singular ability to make every day into something worth talking about. We thank his fans and admirers for their incredible support over his 60-year career,” a source close to his family revealed to People. 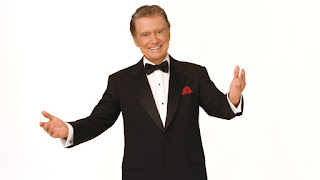 The deceased is known to have worked on countless TV series and shows over the years as a special guest, guest host, co-host or just cameos in general, including recurring appearances on "Today," 'Rachael Ray,' "The Talk," 'The Meredith Vieira Show,' 'The Tonight Show,' 'Entertainment Tonight,' 'The View,' 'The Late Late Show with Craig Ferguson,' 'Late Show with David Letterman,' 'Jimmy Kimmel Live!,' 'Good Morning America,' 'Wheel of Fortune,' 'Late Night with Conan O'Brien,' 'Jeopardy!,' 'The Rosie O'Donnell Show,' and many others associated with his great name.

He is survived by his wife, Joy.