Music producer, Samklef & others react over new photos of BBNaija’s Dorothy as she flashes killer Boobs. 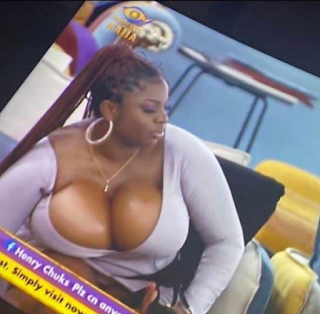 Music producer, Samklef and others have reacted to the new photos of Dorothy, including an edited version which has her massive boobs covered with loaves.

Since her emergence as one of the housemates in the ongoing 2020 edition of the Big Brother Naija reality show, Dorothy Bachor has remained one of the most controversial and prominent figures in the house.

Well, this is not because of her bad character, but simply because of her envious rich 'chest region' asset which has deeply caught the attention of most Nigerians and fans of the show.

The latest photo was shared by Samklef via his Instagram page with the caption: "Nigerians don start o." But in another post of same photo that is left bare, he wrote: "When was the last time you saw puff puff?" 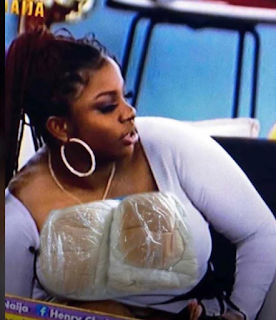 Following the post, others too have been reacting to the photo...

According to one Unique Prince: "Boss we never start ooo, didn't you used milk while making your tea?" 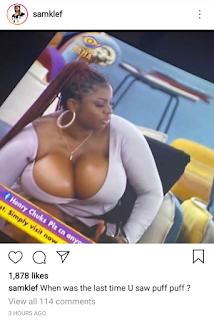 "When rain stop, then you will know that umbrella is a load," official Hargusto wrote in reaction. See more below... 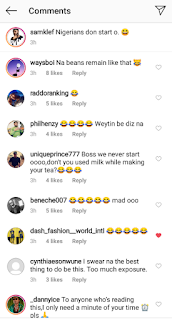 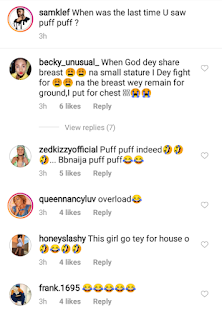 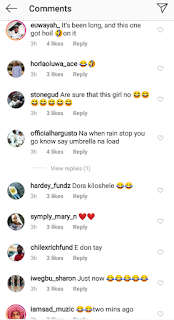 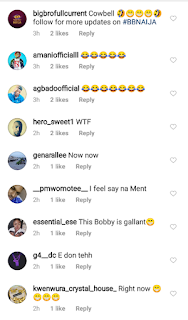 Dorothy is a 24 years old Nigerian from Delta State, but she resides in Lagos State. She is the founder and CEO of an online e-commerce platform called Shopforme.