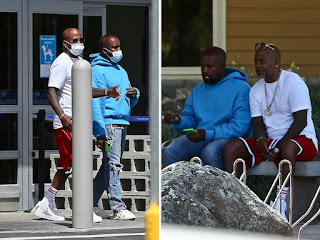 Friends of troubled music mogul, Kanye West have continued to show up in Wyoming to find out how he is fairing amidst his alleged mental health crisis. And the latest to visit him is Damon Dash, who he took for an essential items shopping trip.

This comes after another ally of Kanye, Dave Chappelle had visited him on Tuesday.

It appears Dame arrived at Ranch West sometime Wednesday, and the duo hit up the Walmart in nearby Cody - wearing face masks to enter, as required. The hip-hop superstars weren't exactly trying to stay incognito- once outside they removed their masks and sat on a bench for a bit talking, TMZ understands. 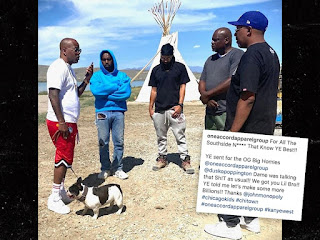 Hip-hop star, Dash took to his social media handle to share a photo of himself, Kanye West and few others touring the ranch grounds with the caption, "We good."- Kanye and Dash have known each other way back to their days at the Roc-A-Fella Records.

Kanye is said to be working on a new track at his location in Wyoming, and could still list as one of the reasons Dash paid him a visit. 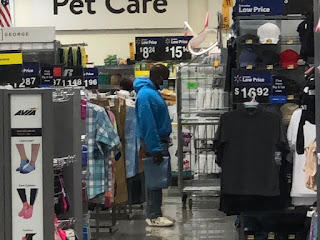 Recall that Kim Kardashian came to the defense of her hubby after his embarrassing twitter rant. She made it clear that her hubby is battling another episode of his bipolar health issue, while specifically saying: “Those who are close with Kanye know his heart and understand his words sometimes do not align with his intentions.”