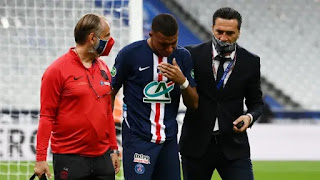 The injury left 21 year old Mbappe in tears as he left the pitch. The injury which he sustained during the first half occurred when he fouled by Saint-Etienne defender Loic Perrin. 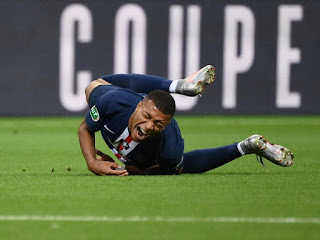 The extent of the ankle injury will be ascertained within 72 hours, according to a statement released by PSG.

Mbappe has scored 29 goals for PSG in 33 appearances in all competition for the club this season. 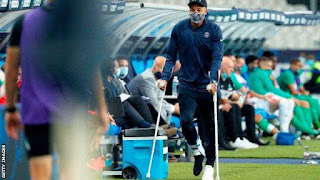 They face Lyon in the French League Cup final on 31 July and then Italian side Atalanta in the Champions League quarter-finals on 12 August. 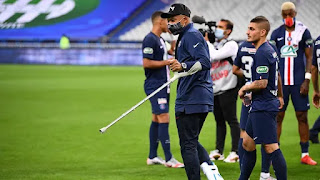