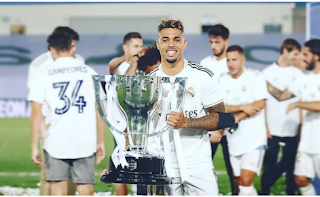 Real Madrid FC star, Mariano Diaz has tested positive for the dreaded Corona Virus. This was revealed by sports media platform, 433 via a post on it's official Instagram page. Unfortunately, the forward will miss Real Madrid's Champions League match against City in August.

"@marianodiazmejia has tested positive for COVID-19 and will miss the Champions League game against Manchester City. Get well soon Mariano," the post reads.

Following the latest development at the Real Madrid camp, this sure raises a lot of concern over how things will turn out in the club in the coming days. Because, the players will be subjected to isolation and maybe, quarantined for 14 days, and may affect their preparation for their Champions League match next month.

Also, several reactions have trailed the latest development, with some football fans not seeing the development as a problem to the Spanish giant since the affected player is often on the bench.

"No one needed him against City," another wrote in reaction.

"Quick recovery. On a real though, I don't think he was gonna make a huge difference in the game. Man City fan," Raz Kweyah reacted.

" As if Real needed him, they have big boy Benz," Hadi said. See more reactions below... 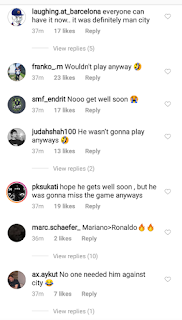 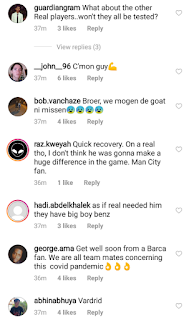 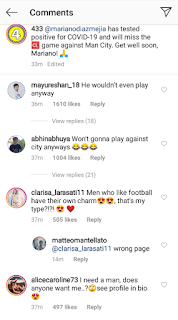