Home music News/Gist Revealed: Here is photo of the Hotel meeting between Kim Kardashian and Meek Mill that got Kanye West angry & mad.

Revealed: Here is photo of the Hotel meeting between Kim Kardashian and Meek Mill that got Kanye West angry & mad. 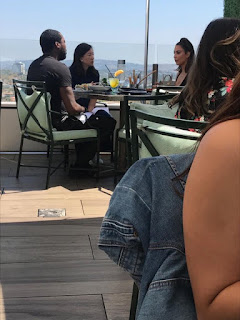 Finally it has turned out that Kanye West was right in the accusation leveled against his Reality Star wife, Kim Kardashian that she and rapper Meek Mill met at a hotel about prison reform.

This comes after a photo evidence emerged of Kim Kardashian‘s 2018 hotel meet up with rapper Meek Mill that her husband Kanye West, 43, claimed he was trying to “divorce” her over. But it shows that absolutely no hidden or romantic stuffs going on between them. They weren’t even alone together, as philanthropist Clara Wu Tsai was there and seated in between Kim and Meek, who sat across the table from each other. 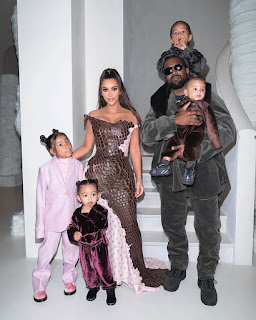 The photo which was shared by the twitter handle @ComplexAmbition captioned the post: “Photo from the meeting between Meek Mill and Kim Kardashian that Kanye was referring to”

Kanye had let the world know that Kim and Meek had a 2018 meet up during his July 21 tweet storm, where he claimed he wanted to divorce his wife ever since the encounter. “I’ve been trying to get divorced since Kim met with Meek at the Warldolf for ‘prison reform,'” he made known in a tweet he later deleted. 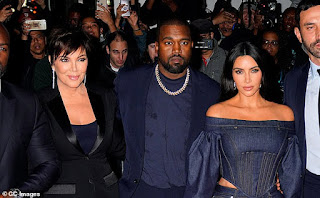 In continuation, Kanye said: “Meek is my man and was respectful. That’s my dog Kim was out of line.” Kanye also claimed Kim and her mom Kris Jenner, 64, have been trying to “lock him up,” and Kim later claimed that her husband is experiencing a bipolar episode, according to Hollywoodlife.

Kim went on to explain in a lengthy July 22 Instagram post that: “He is a brilliant but complicated person who on top of the pressures of being an artist and a black man, who experienced the painful loss of his mother, and has to deal with the pressure and isolation that is heightened by his bi-polar disorder. Those who are close with Kanye know his heart and understand his words sometimes do not align with his intentions.”

Meek took to Twitter on July 22 and simply wrote “Sh*t is cappp cmon …..” using the slang term cap which means “lie.” He didn’t mention either Kanye or Kim, but the timing of the message came after Yeezy’s accusatory post about his wife and the Philadelphia native’s meet up.

Meek has been on the forefront of prison reform activist efforts after a lengthy legal battle over a sketchy decade plus old gun charge, where the judge in his case was being investigated by the FBI. Meanwhile, Kim has been studying law to in hopes to pass the 2022 California Bar exam so that she can become more legally involved in cases involving prison reform and injustice.