Home News/Gist Revealed: The truth why Woodberry’s fraud case was dismissed by a US court and what next for him.

Revealed: The truth why Woodberry’s fraud case was dismissed by a US court and what next for him. 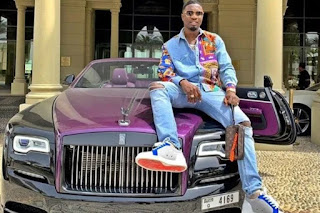 Just yesterday, news went viral on various social media and news platforms, that Woodberry’s fraud case has been dismissed by a US court- many were surprised!

Well, we have got the facts right according to the information released by his Chicago legal representative, Michael Nash, revealing that the case against his client, Olalekan Ponle a.k.a Woodberry that the case was dismissed because the government charged his client with a slightly different crime.

Speaking to Premium Times, he said: “The government dismissed the case because it charged him with a slightly different crime. In the long run, no difference.”

"Mr Ponle has now been charged by indictment, instead of being charged by the complaint by FBI”.

Woodberry is reportedly still in the custody of the U.S. Marshal.