Scott Disick enjoying play time with the Kardashian kids at the beach (photos). 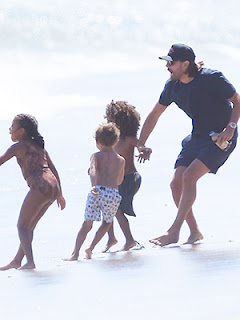 The 37 year old and father of 3 was photographed on Monday, July 27, having a blast with the Kardashian and Disick kids on the beach in sunny California. 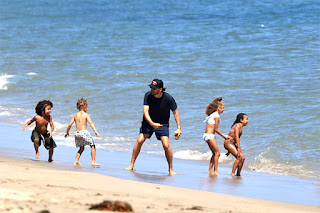 Scott was pictured running along the shoreline with Saint West, 4, North West, 7, as well as his own youngsters Penelope Disick, 8, and Reign Disick, 5. 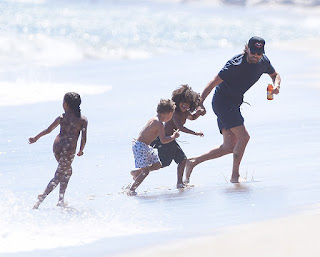 In case you may not know, Scott Disick is an American Television personality and business man, dated Kourtney Kardashian from 2005 to 2016. They met at a house party in Mexico thrown by Joe Francis. Together they have three children: son Mason Dash (born December 14, 2009), daughter Penelope Scotland (born July 8, 2012), and son Reign Aston (born December 14, 2014).and he is married to one of the Kardashian sisters, Kourtney.