Bastards who kidnapped my aunt- Music Executive, Ubi Franklin share photos of the alleged kidnappers of his aunt. 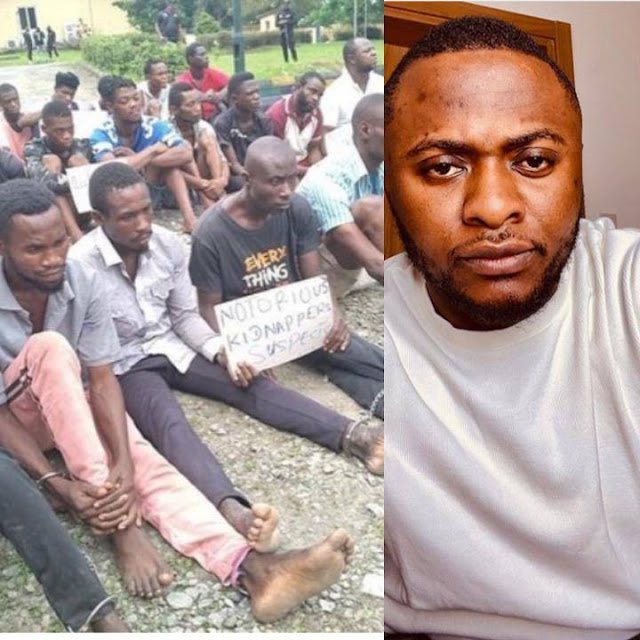 Music executive and Made Men Music Group (MMMG) boss, Ubi Franklin has taken to his social media group to share photos of the alleged kidnappers who had abducted his aunt, Mrs. Ekwele Agube in Calabar, on the 4th of July 2020.

This follows the parading of the suspects by the Cross River State Police Command. And from the photos he shared, the suspects were 6 in numbers. Mrs. Agube is the wife of Honourable Justice Ignatius Agube of the appeal Court, Enugu. 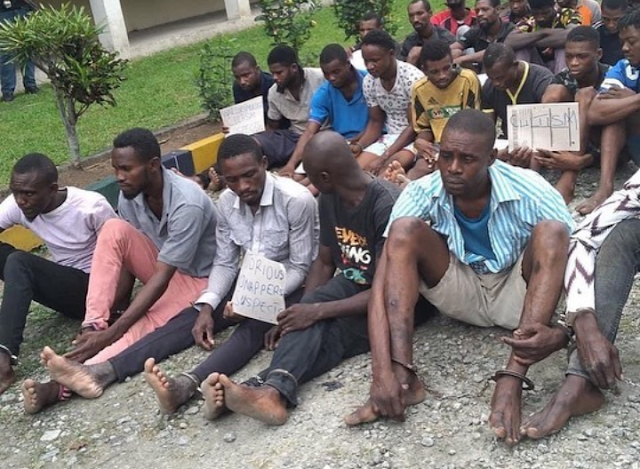 Sharing photos of the suspects, Ubi wrote: “BASTARDS WHO KIDNAPPED MY AUNT. Just in…
Police parades kidnappers of Mrs Agube in Calabar The Cross River State Police Command has paraded six kidnappers who were involved in the kidnapping of Mrs Ekwele Agube on July 4 in Calabar. The six kidnappers, seated at the front row, kept Mrs Agube in captivity for 14 days before her release on July 18. Mrs. Agube is the wife of Hon. Justice Ignatius Agube of the Appeal Court, Enugu. 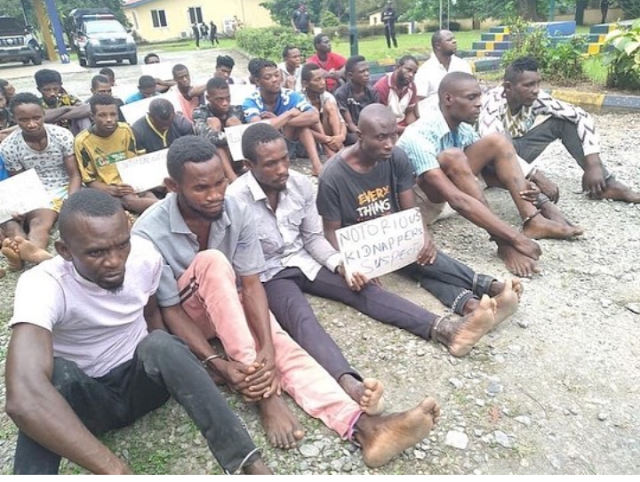 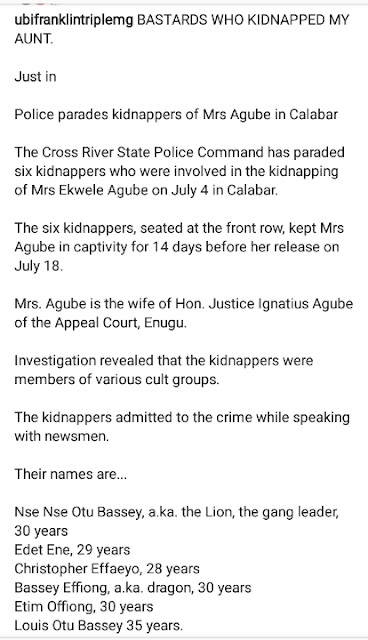