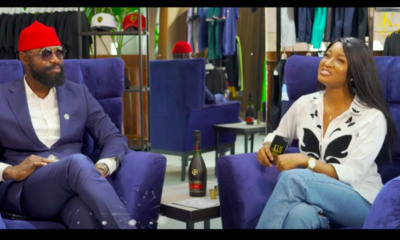 The new Vlog will feature encompassing conversations from fashion, entertainment, lifestyle amongst others. In its debut episode, ‘Keep it Moving’ had businessman and Nollywood filmmaker, Charles Okpaleke, widely known as Charles of Play as their guest.

During the show, Charles revealed that plans are underway for Nollywood blockbusters like ‘Glamour Girls’, ‘Rattle Snake’ and ‘Nneka the Pretty Serpent’.

He also revealed that it was during a conversation (on Nigerian films) with his wife that the idea for the Nollywood classic ‘Living In Bondage: Breaking Free’ hit him.