Home News/Gist Mesut Ozil vows to see out his £350,000-a-week deal at Arsenal before he will quit the club.

Mesut Ozil vows to see out his £350,000-a-week deal at Arsenal before he will quit the club. 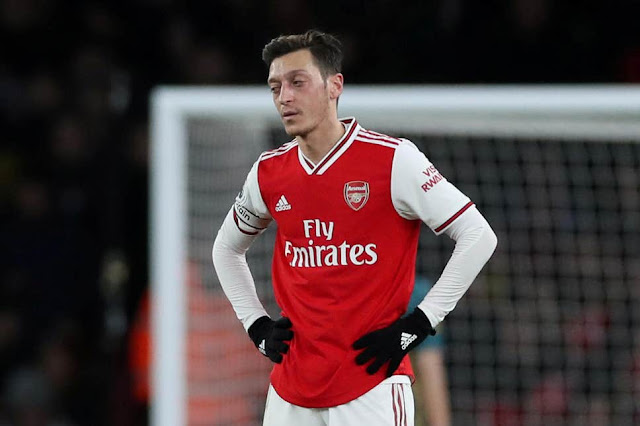 Arsenal midfielder Mesut Ozil has revealed that he won’t be leaving the North London outfit until he sees out his £350,000-a-week deal with the club.

The 31 year old who is yet to play for the gunners since the resumption of the league after the COVID-19 break made this known to ‘The Athletic’ during an interview, were he equally dismissed reports that the club is looking to pay up the last year of his current deal.

“Things have been difficult but I love Arsenal. I'll decide when I go, not other people."

I'll give everything I have for this club. Situations like these will never break me, they only make me stronger. I showed in the past that I can come back into the team and I will show it again.”

Despite his respect for Arteta's decision to leave him out, the ex-German international expected the coach to have given him the chance to prove himself once again.

He then added: “You don't play 10 games in a row if you're unfit, not good enough or don't behave well.”