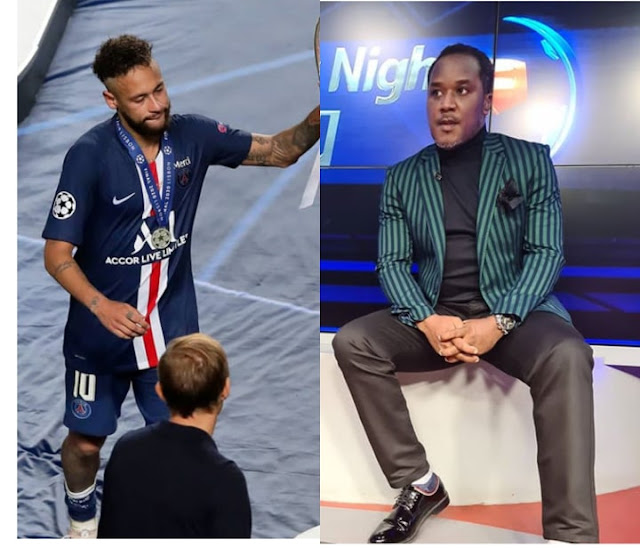 Several of football fans have taken to the various Social media platforms to voice their anger and disappointment over Neymar’s poor performance during last night’s Champions League final in which PSG lost 0-1 to Bayern Munich.

Most persons said he was the worst PSG player on the pitch during the game, and that he played rubbish.

Even veteran football journalist/analyst, Charles Anazodo was amongst those who came out to criticize Neymar's performance during last night’s Champions league final played in Lisbon, Portugal. In his words: “Tonight's game just again shows why he will never be rated in the category of the greats,” he shared via his Instagram page. 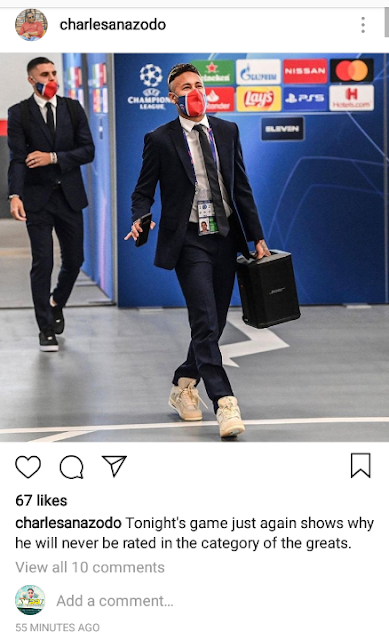 “He was completely not in the game. No major impact or any sort of positive contribution. To think I was rooting for PSG,” @official_bob123 wrote in reaction.

“There is a difference between an entertainer and a footballer,” Godwin Aruwayo said.

"He played rubbish," another said.