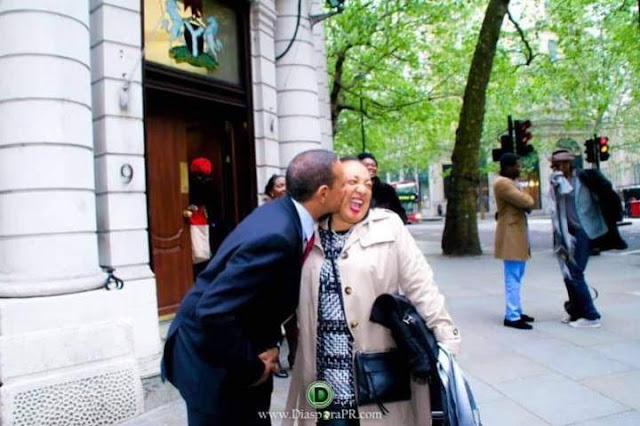 The late Evelyn would have turned 67 years old on August 22, 2020 should it not be the wicked sting of death that took away her after a battle with cancer. Then on the 20th of March, 2020, Ben Bruce announced the passing away of his wife, and was subsequently buried on the 28th of March, 2020.

Though her demise didn't deter the Senator from reciprocating same love he showered on her while she was alive, as he took to his social media page to remember and celebrate his late wife on her 67th birthday.

Sharing a lovely picture with his late wife via his Facebook page, he wrote: “‪I celebrate my dear wife, Evelyn Murray-Bruce. She would have been 67 years of age. Even though she’s not with us, I wish her a very happy birthday. I miss her,” and then ending it with a beautiful and big love emoji. 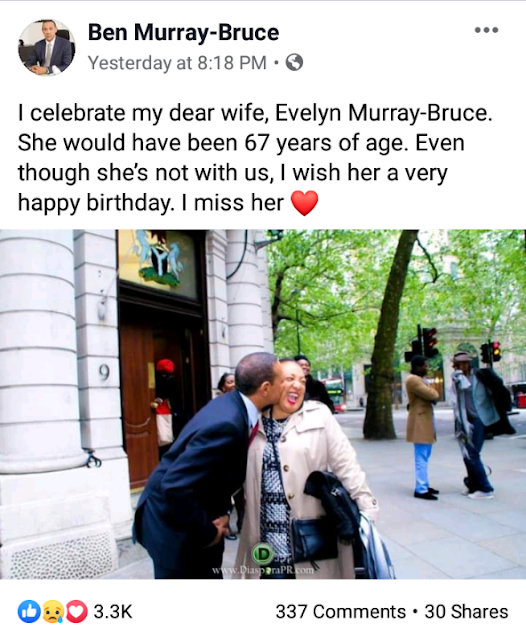